The Cochin Institute is a research center under the administrative co-supervision of Inserm, CNRS and the University of Paris Descartes. It was named according to a priest called Jean-Denis Cochin and was created in 2002. It brings together around 650 researchers, teachers-researchers, university hospital staff, technical agents and doctoral students. The institute’s activity is carried out on the cochin hospital campus, in 3 main buildings (Méchain, Gustave Roussy, Faculté Cochin) and 2 other buildings on the site (Hardy & Cassini), all representing approximately 17 000 m². 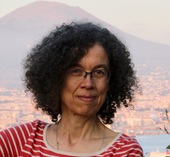 , mainly focusing on the genetics of juvenile-onset diabetes and monogenic forms of diabetes. C Julier has made major contributions to the development of genetic analysis methods, including linkage and association/TDT methods that are widely used in human genetics. She has been a leader in genetic studies of multifactorial type 1 diabetes (T1D), and was co-founder and a steering committee member of the international type 1 diabetes genetics consortium (T1DGC), that completed the reference studies of multifactorial T1D genetics. More recently, C Julier and her group have been pioneers in the identification and genetic and clinical characterization of monogenic forms of diabetes, through clinical, genetic and population studies, resulting in the identification and characterization of several key genes important for beta cell development and function: EIF2AK3, GLIS3, PPP1R15B, DUT, and also showed that biallelic mutations in the WFS1 genes are responsible for a significant proportion of juvenile-onset diabetes in Lebanon.