we compared the CSF proteomic profile of five anti-AK5 patients with that of 40 controls and 10 cases with other more common non-paraneoplastic LE (five with antibodies against leucine-rich glioma inactivated 1 and five against contactin-associated protein-like 2), as well as 10 cases with paraneoplastic neurological syndromes (five with antibodies against Yo and five against Ma2). These comparisons revealed, respectively, 31 and seven significantly up-regulated proteins in anti-AK5 LE, mapping to apoptosis pathways and innate/adaptive immune responses. These findings suggest that the clinical manifestations of anti-AK5 LE result from a distinct T-cell mediated pathogenesis, with major cytotoxicity-induced apoptosis leading to a prompt and aggressive neuronal loss, likely explaining the poor prognosis and response to immunotherapy. 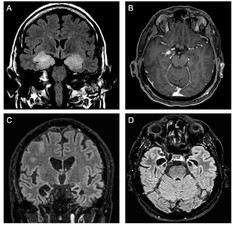 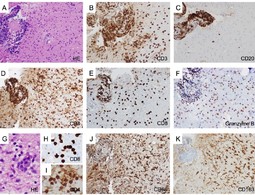