Chronic inflammatory demyelinating polyneuropathy (CIDP) is a rare disease of the peripheral nervous system that is considered to be immune mediated.Pathogenetic antibodies directed to proteins of the region of the node of Ranvier permit the identification of a small subgroup of patients (<10% of CIDP) with particular features and therapeutic responses. However, in the majority of patients, no specific antibodies have been identified so far.

instead of focusing on single autoantigens, this study takes an autoantigenomic approach pointing to the entire autoantigen repertoire in a systematic way via bioinformatical tools. To do so, sera from 43 subjects were tested with HuProt 3.1 Human Proteome arrays containing 15,798 human proteins expressed in yeast, representing about 75% of the gene-centric human proteome. 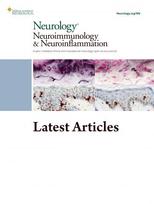