The University of Claude Bernard Lyon 1 (UCBL) has been named after a physiologist called Claude Bernard and was officially created in 1971 by the reunification of the Faculty of Sciences, founded in 1808 and the Faculty of medicine, founded in 1874. The UCBL counts 46 000 students and almost 2 800 teachers-researchers distributed on 3 campuses and 11 sites. With 65 laboratories and more than 5 500 publications a year, Lyon 1 enables science to progress in the fields of science, technology, health and sport. Lyon 1 is the first French University in filling patents; indeed it is present in the top 100 of the most innovative universities in the world. 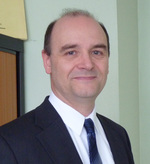 Pr Jérôme Honnorat (BETPSY Coordinator) is professor of neurology at the Lyon’s university since 2002 and coordinator of the FHU-INTEREST dedicated to neuroimmune diseases. He is head of the neuro-oncology department of Lyon’s hospital and director of the French rare disease reference center “paraneoplastic neurological syndrome and autoimmune encephalitis” since 2007. At the scientific point of view, he is head of an INSERM research team since 2007 renewed in 2016 and called “synaptopathies and autoantibodies” at the MeLiS institut (Inserm 1314/UMR CNRS 5284). He works on PNS and AE for more than 25 years.

Pr Virginie Desestret is neurologist, neuropathologist and professor of histology at the Lyon’s university and co-leader of the WP4 of the BETPSY project. She is co-head of the neurocognition and neuro-ophthalmology department of Lyon’s hospital. At the scientific point of view, she is principal investigator in the “synaptopathies and auto-antibodies” team at the MeLiS Institut. She works on the mechanisms of tolerance breakdown, characteristics of the pathogenic immune response in PNS. ​